The Doghouse is a camp building that is used to have the dog as part of your camp (they will follow you around in the camp), as well as allow the dog to help you in combat when you die (see Dog page for details).

When interacted with, the doghouse also brings out a map in the same manner as a bicycle. It is apparently an intended feature, explained as traveling on your dog's back.[1]

It can be obtained by getting 3/3 renown with the dog, which takes at least 57 days to earn (two dog quests can be done on the day of transition between Renown 1/3 and Renown 2/3)

It has a similar build cost to the Chicken coop and to the Goat pen, as well as adding a companion to your camp just like them. 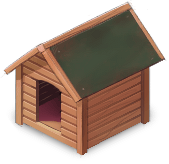 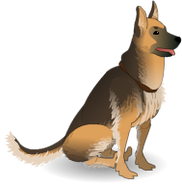 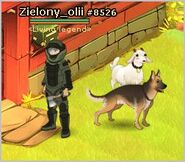