Adventures are mini stories performed in groups of 4 that take place on zones not normally accessible in the game. They involve completing a sequence of objectives to earn rewards. Rewards are three randomly selected groups of items similar to those offered when leveling up, and are scaled upwards in value the harder the difficulty set for the adventure. The difficulty itself consists in having to cope with the infected doing significantly more damage in the higher levels, otherwise the workload being the same.

To start an adventure, you need a group of 4 people and all of you need to be at Lakeview. When ready, approach one of the strategy tables (one in in the main office to the north, and another in the building south of the bike), and "create" the adventure. If you need to re-request the adventure, do it only after having all the members of your group cancel the pending request (top center of the screen), or you may later get recalled from an adventure in progress and put in another, leading to further reward trouble. Also, when on an adventure already, forming groups with people outside of the adventure may jam up the tasks, but this won't impact earnings from a repeat run. The automatic matchmaking only picks up players with the same language setting and maybe also ip range, so you may wish to add other players to your group manually to widen the scope. It's also recommended to establish groups during adventures not only for the convenience of knowing what gets worked upon, but also for the 10% (or 20% for a full group) experience bonus.

Just like normal zones, once you collect something on one of these maps it will be empty until the container reset at 5 UTC.

The pool of the potential adventure earnings allows for 105 to 115 reputation to be picked up daily through any number of runs which doesn't still exhaust it, but any reputation earned from other sources since 0 UTC is discounted from the pool - therefore players planning a busy day can maximize their reputation-earning potential by starting with the adventures (for slackier schedules it doesn't matter where the reputation comes from).

survivor marks  to each character that acted, and, depending on conduct of the entire adventuring team - an elective 20 reputation as a reward option. This option only gets offered to teams in which neither of the staying characters idled for too long or refrained from killing the infected, especially near the end. If the player is still eligible for more reputation but doesn't get offered the elective because of team conduct, the reputation remains in his pool to be picked up with subsequent runs.

Each team member gets offered the same rewards, unless:

It also follows that that the daily pool provides for 3 successful (15+20) survivor adventure runs, or 7 if they are all penalized (just the 15).

The pool of the aventure earnings resets at (0am UTC), and in the first hour, you need to relog for the reset to take effect, or to undertake an updating adventure which will still draw from the previous day's pool, but will open the new pool when complete.

To edit a tab, right click tab, "view in new tab", and then edit as normal.

The "John Crook" Farm map is an adventure zone. 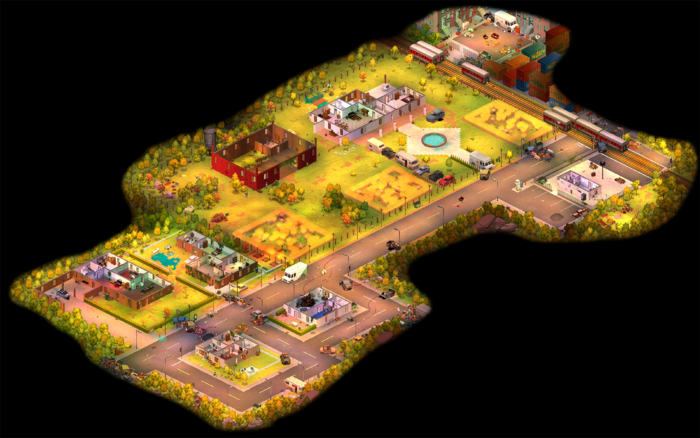 The Scavenger's training area map is an adventure zone.

The Placerville's railway station map is an adventure zone. 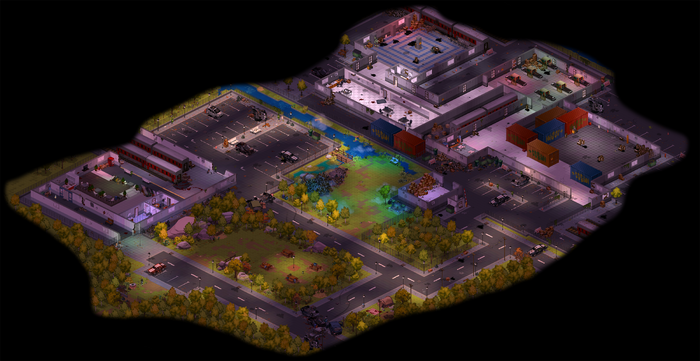 The loading screen originally used for all adventures during beta, now it's used for the PvP.
Community content is available under CC-BY-SA unless otherwise noted.
Advertisement